Thank you for joining us for Winter Spanks! Let’s warm up with some hot bottoms & enjoy some cool prizes! Click on the links above for all of the wonderful prizes that you can win. Each blog that you visit will also have some amazing giveaways as well. For my blog I will be giving away a $10 gift certificate to Amazon to one lucky entrant. All you have to do to win is leave a comment on my blog sharing with me your favorite way to warm up during the winter and if spanking has anything to do with it!

I am super excited to enjoy the Winter Spanks fun to full hilt! I've been anticipating this event for so long! It's bound to be a blast! I can't believe all of the talented writers, bloggers, reviewers, graphic artists, and more that we have joining us in the fun!

I am sharing my very first publicly posted short story. I hope you all enjoy! There are many more where this comes from. Let me know in your comments what you thought and if you like spanking stories with an ethereal twist.

Caitlyn felt the world whirling around her as she was swept from one end of the dance floor to the other. She laughed as she danced from one partner to the next. New Year’s Eve had never been so much fun. The feeling of warm bodies, loud music, and the freedom to do whatever the hell she wanted was as intoxicating to her as the shots of whiskey and rum she had been drinking all night in celebration of the New Year and new beginnings.
Her first order of business was a firm resolution of no more men! From her short experience it was apparent that all they were out for is to see how much they could get from you. They would suck you dry if you let them. And she had let him.
Well no more! It was her turn to use them! Her brother had warned her about Rodney, but all she saw was that southern charm, those sparkling eyes, and his ability to make her lose her pants faster than a cowboy can say yeehaw.
Charm proved to be deceiving. It wasn’t long before he was swindling her into paying his bills while he drank the day away. It started with a sob story and quickly avalanched before she even realized what was happening. It all culminated at walking in on him cheating on her today.
Well she had enough of all of that. Screw responsibility. It was time she took a page from everyone else book and lived a little.

The sharp pain burned so bad it felt like her ass was on fire. He was spanking hard and fast not giving her a chance to catch a breath let alone speak. She balled her fists up just trying to hold on, her little legs kicking with each strike.
She felt him tip her forward in order to concentrate on her sit spot. “You are going to treat yourself with kindness regardless of any mistakes you have made, real or perceived. You are only human and are more than worthy of being treated with respect both from yourself and certainly by the men around you. You will start this new year understanding that point or I will spank you from here until next Sunday if I have to.”
He peppered her thighs with some scorchers to drive his point home.
“I’m sorry! I am! Please just stop spanking me! I get it!”
“I’m going to give you ten more, and then we are going to talk. I want you to count them out.”
His hand landed hard on her right cheek. Oh God she didn’t think she was going to be able to make it through. “Ohh, one.” As soon as she got it out the next was landing even harder on her left cheek. “Two,” she squeaked! The third landed right smack in the middle of her bottom and she swore it hurt even more than the other two. “Three, sir.” Wait, what? Did she just say sir? What was coming over her?! Before she could give it another thought the next one came down. After that the next 6 came rapidly.
When he was done, he gently rubbed her back and her bottom soothing away the pain.
She gingerly picked herself off of his lap feeling awkward standing next to him.
He decided to remedy the situation and not give her time to think. He gathered her into his arms and cradled her the way she would have been as a small child. He smoothed her hair out of her face.
Her face burned with embarrassment. This day could not be more mortifying. And to think he witnessed half of it. What must he think of her. The spanking had done what it was meant to and snapped her out of the muddled thinking that had led her to this mess.
As if reading her mind he spoke in low tones in her ear. “You are one of the most brilliant women I have ever known. You are a bright and shining beacon of light in a lost world. Caitlyn, I think I’ve been in love with you from the very first time I met you. I just can’t stand to see you mistreated and especially treating yourself with such disregard. You deserve to be treated like a queen not like something to be tossed away.”
She just cried softly. How did she get so far away from who she was? Thank God Chad was there tonight to bring her back to her senses. She cuddled deep into his arms her hand finding it’s way to stoke his stomach. His stomach was as soft as an angel’s wings! She had forgotten how whole she felt when Chad was around. Her feelings for him were so much deeper than friendship.
She nuzzled into his neck just as he whispered, “Caitlyn I don’t think I can let you go this time.”
“Just kiss me, she murmured into his lips.” He leaned in brushing her soft lips with his gently at first and then deeper with hunger. She tasted like sweetness and sunshine. He felt something inside of him switch on in a way that he had never experienced before. It felt like home.
At that very moment they heard the crowd in the bar yell 10, 9, 8, 7, 6, 5, 4, 3, 2, 1, HAPPY NEW YEAR!
They gazed into each other’s eyes as one soft white feather fluttered to the ground in front of them. Chad laughed, and whispered his thanks to the angels above for allowing him his chance at love.
The End 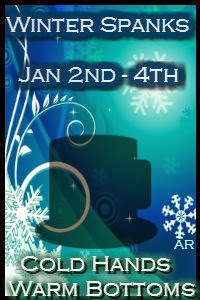