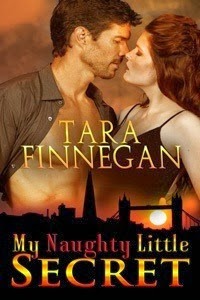 Siobhan Brennan is the epitome of an independent woman. She is feisty with a touch of that brash wittiness that only the Irish can do so well. Siobhan grew up in a small fishing village in Ireland. She moved to London to make her way in the world by her own merit. Siobhan was lucky to find a house with two incredible roommates, Claire and Tara. They make a fun loving trio who have a lot of laughs and have grown to be true friends.

After getting the shaft on a deserved promotion at her previous job and finding herself at the cheated on end of a long term relationship, Siobhan is looking for a fresh start in her career at least, love can wait. She is offered an interview at Banbury’s, a prestigious department store in London, and lands the job in short order.

Michael Henrii is the new head of Banbury’s buying department. He is confident, gorgeous, and more than a little self assured.  Siobhan is attracted to him immediately, but is determined to dislike him. She knows his type. He’s arrogant, cocky, and way too self assured for her taste. In her eyes he is a man who probably gets what he is after far too often.

Siobhan finds herself all too quickly on the fast track to more responsibility at Banbury’s catching her a bit off guard as she was not expecting to take on so much so soon. She proves herself up to the task though continued run in’s with Michael leave her confused about his motives and intentions. It doesn’t help that scene’s of him as a stern schoolmaster keep creeping into her thoughts unbidden. Before she realizes what happened she finds herself agreeing to a date with him. After a wonderful date the heat level rises when she goes home with him for the night. I needed a cold shower after those delectable scenes.

Siobhan was on cloud nine after the satiating night and morning they shared. However, Siobhan’s inner conflict over Michael’s stern, bossy, yet incredibly sexy ways comes to a head at lunch.  Determined to pay the bill even though she has agreed to allow Michael the honor she slips the waiter payment under the guise of visiting the ladies room. Michael is furious. A clash of wills ensues with Siobhan lashing out and Michael being quietly stern; reining in his fury until they get back to Siobhan’s house.

“You think this is about you paying for lunch? Maybe it started that way Siobhan, but honestly, the way you yelled and swore, you were like a three year old having a tantrum. With a foul mouth like that, you deserve a good spanking.”

Uh oh, he really shouldn’t have said that. The headmaster image was back in my head in a flash and boy, was I ready to play out the role of the naughty schoolgirl. The thought was really hot. I could feel something deep inside me stirring an awakening of my true self.”

I’m sure you can guess what happens next and this takes their relationship to a whole new level.  Something awakens inside of them that they just can’t squelch or deny. The flames engulf as they begin to explore this lifestyle that they stumbled into. Without giving anything away I am going to say it is HOT, HOT, and SCORCHING HOT! As you read their sizzling exchanges and conflicts they hit along the way you will be pulled along. Siobhan’s fear of commitment along with the normal ups, downs, and doubts that come with this type of relationship keep you on your toes, and wow, just wait for the incredible plot twist that comes out toward the end of the book! You will be so glad you decided to pick up this book.

My Naughty Little Secret is a smart, sexy book that is told in first person and vacillates between storytelling and action. I really enjoy author Tara Finnegan’s refreshing take of modern day romance with a twist. She does it so well that it’s believable yet is still sexy as hell. Her characters are real, entertaining, and relatable in every way. Yet the heat factor is STEAMY! The plot is as good as the spanking and sex scenes which are off the charts good. So mark my words you are going to want to read this one! 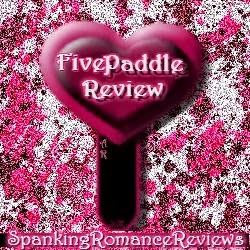 For more about Author Tara Finnegan visit her blog: tarafinneganromance.blogspot.com
Posted by Unknown at 3:04 PM