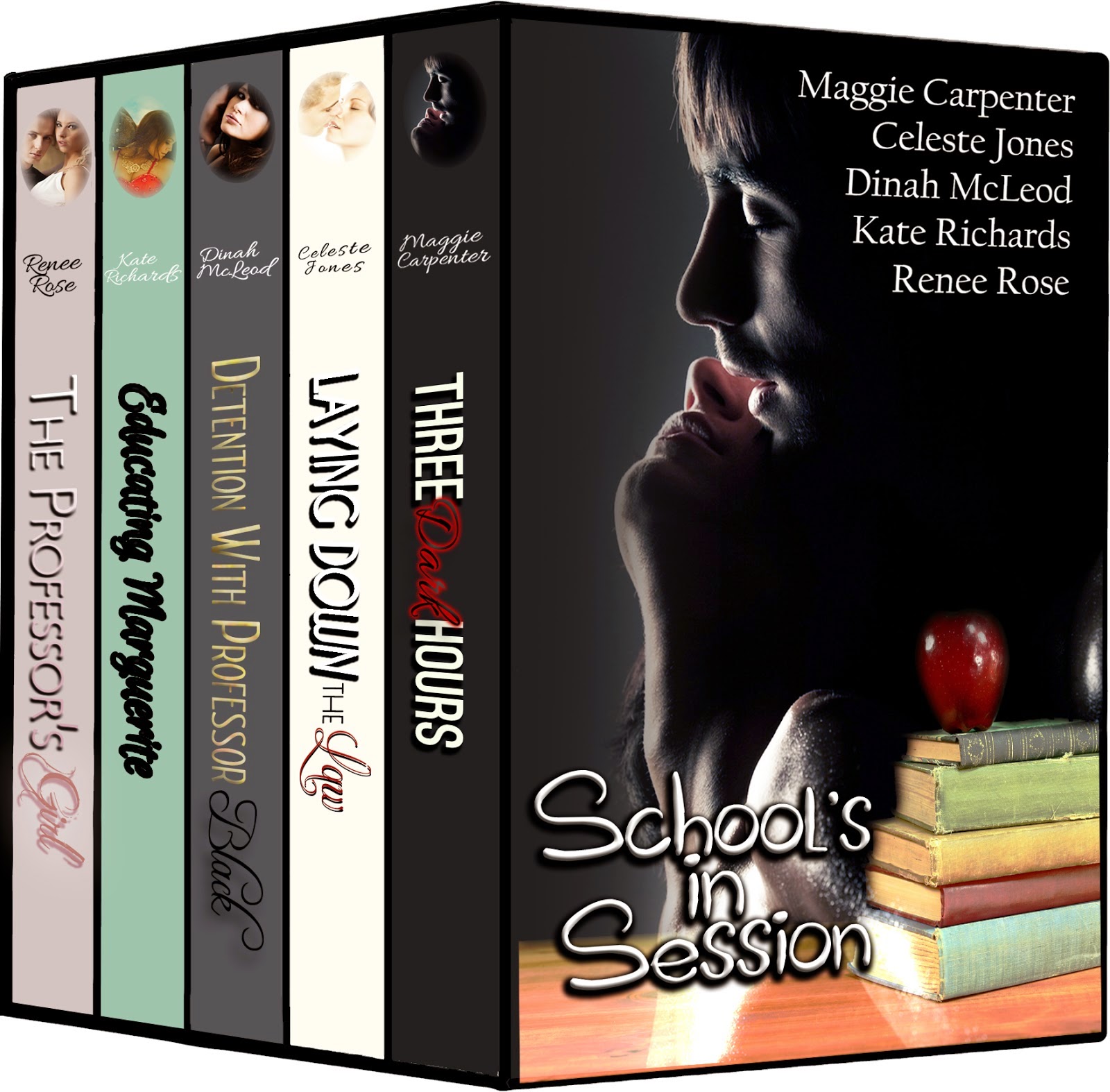 After the amazing time I had at the End of Summer Spanks: Last Flings; Lessons Learned Blog Hop & reading the very strict and sexy snippets from the newly released School's in Session boxed set I knew I had to delve in deeper. So, for the next week I will feature one book from the set until we have delved a little deeper into every book! I know I can't wait to read each and every one of them! Today's feature is Celeste Jones, Laying Down The Law. Read the blurb, read the excerpt, and if you've read the book please share what you think!

Laying Down The Law By Celeste Jones


Laying Down the Law / Amazon UK 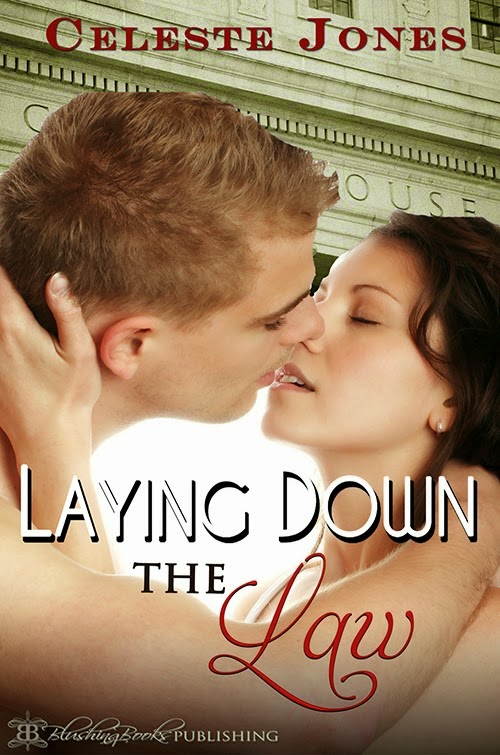 Blurb: Newly divorced and returning to law school after a twenty year absence, Ali Stewart has just one class to complete before sitting for the bar exam, becoming a lawyer and moving on with her life. She feels out of place with her much younger classmates, but she's determined to succeed and put her ex-husband far in the past. When she is paired with Griff for the semester, she learns that he even though he is much younger, there is much he can teach her, in and out of the classroom.

Excerpt:
“Have you ever been fucked in the ass, Ali?” His thumb prodded her there, in that place, that place that no one ever talked about or touched. She ought to have been repulsed. Pulled away and told him to leave.
But the tingling in her ass and the tightness in her pussy told her otherwise. Maybe it was the pancakes . Maybe it was dealing with Dirk the night before, but suddenly Ali realized how much of life, of her life, she had put aside. She didn’t even know what her own interests were, but in that moment, she wanted to be fucked in the ass. And she said exactly that to the man with his finger on her butthole.
Life had certainly taken some unique twists. She could almost picture herself observing the scene: her naked with a belly full of pancakes and an incredibly sexy younger man intent on probing her ass. And she wanted it.
Oh, what the hell had become her motto and that's what she said between giggles against Griff's shoulder.
"What are you giggling about, Ms. Stewart?"
"I just can't believe any of this is happening. Pancakes and anal sex. It sure makes reading the Sunday paper seem like a dull way to spend the morning."
"Would you rather read the Sunday paper? I can go and get one. Or steal the neighbor's."
She ground her pelvis against his. "You offered to fuck me in the ass, and I expect you to keep that promise."
“God you are incredible,” he growled in her ear before he nipped at her lobe and burned kisses along her throat and down to her throbbing tits.
“You are too.” She slipped her fingers into the waistband of his briefs and slid them to the floor where she knelt and took his rod in her mouth, her hands gently cupping his balls while her tongue paid tribute to his rigid shaft.
Griff buried his hands in her hair and when his grip tightened she took that as a compliment as she moved her mouth up and down his shaft, her tongue circling the rim around the mushroom head of his cock. A trickle of pre-cum escaped and she happily lapped it up with her tongue.
“Ali, you’re going to be the end of me if you don’t stop that.” Griff gently raised her up by the shoulders and kissed her deeply. When the kiss ended, he turned her to lean over the kitchen table. “Stay right there, baby,” he whispered in her ear.
In seconds he was rubbing something slippery on her ass. Ali glanced back …vegetable oil. She never would look at pancakes the same way again.
She could hardly believe the position she was in, naked on the kitchen table, vegetable oil slicked over her back end and a gorgeous young man who wanted to fuck her in the ass.