Welcome to our Summer Spanks blog hop where we provide free spanking stories and the chance to win prizes on every blog! We also have some wonderful Grand Prizes including:

Follow the links to read the blogs–comment on the blog to prove you were there (or answer the participant’s specific question, if they have one). COPY AND PASTE COMMENTS WILL BE DISQUALIFIED! Each comment earns you one entry for the grand prize. You must provide your email address for your entry to count. Individual pages may also have their own form of entry (Rafflecopter, etc) for additional chances to win prizes. Enjoy all the free stories, posts, & fun!  Prizes will be announced on Tuesday, Sept. 9, 2014.

FOR AN EXTRA ENTRY FOR THE GRAND PRIZE, SIGN UP FOR THE SRR NEWSLETTER ON THE RIGHT HAND SIDEBAR AND LEAVE A COMMENT SAYING YOU DID!!

A huge shout out to Adaline Raine for the AMAZING blog hop graphics!!

Welcome to my the Summer Spanks blog hop! I will be giving away a spanking romance of your choice to one lucky commenter. Read my story below and answer the question  I have posted at the end in the comments. Be sure to leave your email address for your entry to count! Enjoy the hop!

The Professor and the Dean 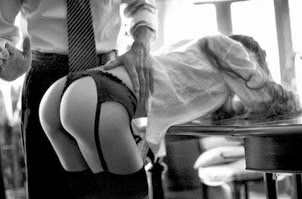 I hope you've enjoyed my stop on the Summer Spanks Blog Hop! Be sure to follow me on Facebook, Twitter, & sign up for blog updates! Don't miss out on any of the thoroughly entertaining stops on the linky list below! Here is your prize entry question:

My answer is that I would have definitely been spanked often for forgetting to turn my homework in! What about you?