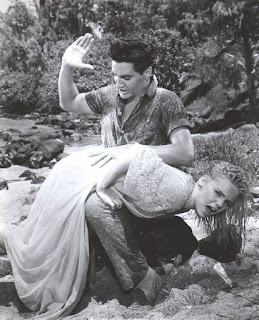 Hollywood spankings have been a much talked about phenomenon for about as long as it has existed. Whether in movies, tv shows, commercials, or advertisements there is plenty of material to explore. Spankings gained popularity as a publicity stunt throughout the 30's, 40's, & 50's. It was not rare for the hero in a movie to pull the heroine over his knee for a good whalloping. On tv spankings were often used for comedic relief. During the 60's through the 80's spankings were still aplenty in Hollywood, but took on a more serious note. Toward the end of this time frame they fell out of favor being deemed politically incorrect, much to the chagrin of many spankos. In the 90's and early 00's they were few and far between. 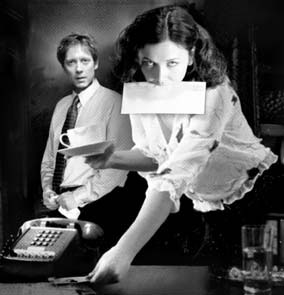 Imagine the enthusiasm when spanking cult classic, The Secretary, hit box offices. James Spader & Maggie Gyllanhaal provided enough fodder for fantasies to carry us far into the 2000's. I remember watching this over and over again.

I have two tv shows tied for my favorite spanking scenes. There have been spankings a plenty throughout the years that Weeds has been on. I can remember three of the top of my head. My absolute favorite scene is between Mary Louise Parker & Mark Paul Gosselaar. Holy hell is it sexy! 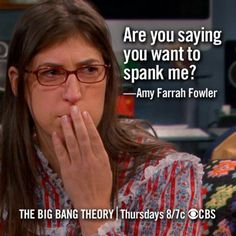 My second favorite is the scene in The Big Band Theory when Sheldon spanks Amy. It is both cute & funny.

While looking for that scene I found the funniest cast interview about this that I just have to share. Hilarious!!

I would include I Love Lucy & my absolute favorite, Outlander on this list, but I love them so much that they had to have their own post. Look forward to I Love Lucy tomorrow for I and Outlander on the Corbin's Bend Blog for O. There are so many hollywood spankings, which are your favorites?

If we ever do this again I can't wait to do a post on celebrity spankos for letter C. Did you know that Stevie Nicks is a spanko? She admitted in an interview that she has band mates give her stress relief spankings before going on for shows. I love it when I dig up stuff like this!!